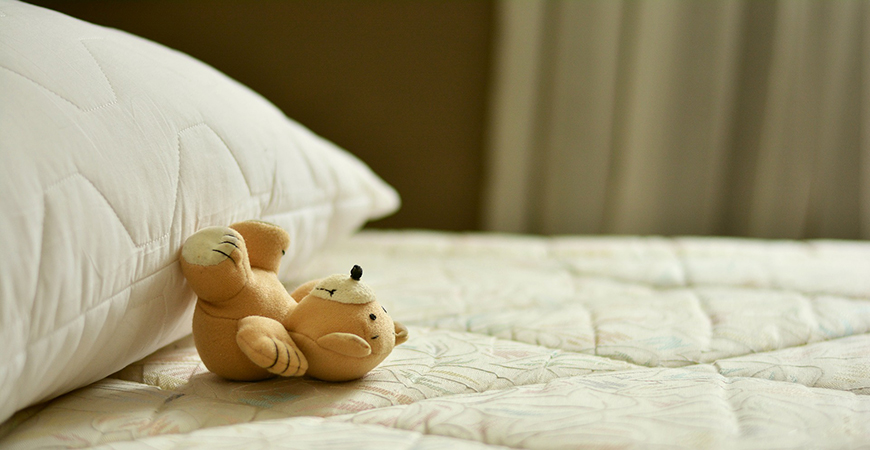 The study found Latina teen mothers who experienced poor sleep had higher symptoms of depression and anxiety. Photo by congerdesign via Pixabay.

It's no surprise that a good night's rest is one of the most important factors for a person's well-being, but not everyone can say they have the luxury of being able to sleep for eight hours a night. New research from UC Merced is shedding light on the problems this can cause, specifically for the mental health of Latina teen mothers.

Department of Psychological Sciences professors and Health Sciences Research Institute members Alexandra Main, Eric Walle and Rose Scott, along with graduate student Shun Ting Yung and then-undergraduate student Yaoyu Chen, conducted a study published in the journal Frontiers in Psychology that looked at two issues: the associations between the quality and quantity of Latina adolescent mothers' sleep and mental health (depressive symptoms and anxiety) and whether social support buffered the effects of poor sleep on mental health.

A total of 84 teen moms, who identified themselves as Latina, participated in the study. The mothers resided in the San Joaquin Valley, mainly in the Fresno and Merced areas. They were contacted through area school parenting programs and community events.

The mothers each took a survey to rate their sleep quality and duration, depressive symptoms, anxiety and social support from family, friends and significant others. The results showed the teen mothers reported an average of six and a half hours of sleep per night, which is less than the recommended eight to 10 hours for adolescents. Nearly a third of the participants reported very poor or somewhat poor sleep quality. The study found adolescents who reported poorer sleep had higher depressive and anxiety symptoms.

Researchers also learned that social support buffered the effects of poor sleep on adolescent mothers' mental health, but only if it was from peers, such as their friends. Social support from family members and significant others did not seem to help.

"We have a lot to learn about these family structures and who they're getting their support from," said Main, principal investigator at the UC Merced Family Development Lab. "I think we tend to think of Latino families as being very close-knit. It's interesting because in some ways that might be true for some families but maybe not for all families."

While similar research has been conducted, the present study focused on the San Joaquin Valley and Latina teen mothers, which offers a different perspective.

"Something that's unique about the Valley is we have lots more migrant farmworkers — the rural context is unique in that sense — so I think there could be some interesting ways the population is different from past research in other parts of the country," said Main.

This research was years in the making, and the goal was to understand more about teen mothers and their experiences living in Valley communities. During the study, researchers discovered more opportunities for future analysis, such as getting the perspectives of young mothers living in even more rural areas such as Planada and Delhi in Merced County. Main stressed that the research won't stop here.

"The long-term goal would be to develop interventions where we can actually promote better parenting practices and stress-reduction techniques that could be useful for teen moms so that they and their children have better outcomes," she said. "What I'd like to show with our work is that social support figures are such an important factor in all of this. So, if we could find a way to get funding for existing intervention programs to incorporate more support into that, I think that would be really important."